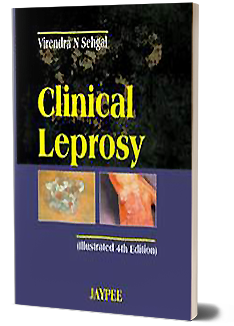 The text of this book deals with different clinical facets of the disease which are essential for the undergraduate, and also the postgraduate students. They are based on didactic lectures and clinical demonstration on leprosy, which the author has been imparting to the students for the past two decades. The contents are carefully casted to meet the requirement of curriculum of most institutions. Emphasis has, however, been on the classical clinical features of different types of leprosy. The essentials of diagnosis, and also the treatment have been clearly outlined. The recent concepts of pathogenesis of leprosy, mechanism of reactions, newer drugs and dapsone resistance along with status of leprosy control have been described. The generic as well as the trade names of commonly used drugs in leprosy is a unique feature of the text.