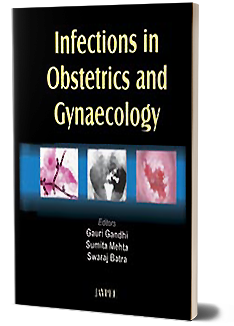 Infections in Obstetrics and Gynaecology

This book Infections in Obstetrics and Gynaecology describes some of the more important viral, bacterial and parasitic infections relevant to obstetrics and gynaecology. The chapters on viral infections describe these effects on mother and child and also the appropriate counselling and treatment to be given. One chapter has been devoted to HIV in obstetrics and gynaecology and antiretroviral therapy. Bacterial and parasitic infections need appropriate antimicrobial therapy. This has been described in each chapter. In addition, there is one chapter devoted to antimicrobial therapy in pregnancy, describing the safety profile of these drugs during pregnancy. Immunisation in pregnancy has been described separately. The important gynaecological infections like genital tuberculosis, sexually transmitted diseases and pelvic inflammatory disease have been described in different chapters. Antibiotic prophylaxis is a very important step to prevent infections in elective or emergency surgery. The last chapter describes the evidence based guidelines regarding antibiotic prophylaxis in obstetrics and gynaecology. This book will help the practising clinicians to treat infections and also judiciously use antibiotics to prevent infections.