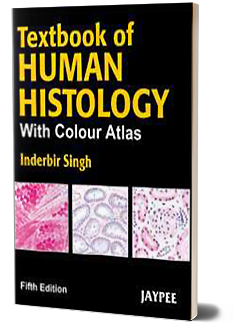 This chapter discusses oesophagus, stomach, and intestines, in detail. The oesophagus is a tube, the wall of which has the usual four layers such as mucous membrane, submucosa, muscle layer, and an external adventitia. The muscle layer of the oesophagus is surrounded by dense fibrous tissue that forms an adventitial coat for the oesophagus. The wall of the stomach has the four basic layers such as a mucous membrane, a submucosa, a muscularis externa, and a serous layer. The cardiac glands are either simple tubular or compound tubulo-alveolar, they are mucous secreting and an occasional oxyntic or peptic cell may be present. The wall of the small intestine is made up of the four layers such as serous, muscular, submucous, and mucous. Mucous cells increase in number to the small intestine, being few in the duodenum and most numerous in the terminal ileum. The submucosa contains abundant lymphoid tissue that may completely fill the submucosa. The lining epithelium of the stomach, and of the small and large intestines, contains scattered cells that have an endocrine function.