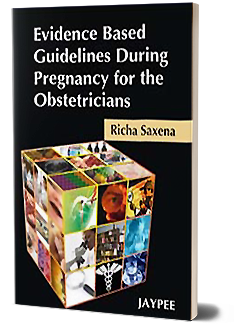 BOOK TITLE: Evidence based Guidelines During Pregnancy for the Obstetricians

Approximately during the second month of pregnancy, a disorder sometimes appears that has been called Pica, a name derived from a living bird, the Magpie. It is a well known fact that during pregnancy, women desire to eat certain objects... some may prefer spicy things, some salty dishes, and still some other sour. At the extreme end of this preference is an eating disorder called pica where the woman may have a desire to eat strange things like earth, egg shells, ashes, etc. Pica is the compulsive ingestion of particular food items or non-nutritive substances. This unusual behavior during pregnancy may result in variety of complications, including abdominal complaints, poisoning, electrolyte imbalance, and dental injury. The obstetrician should make efforts to acquire knowledge regarding the cultural practices of the patient, since pica may have strong cultural implications, and may be practiced for cultural reasons unknown to the obstetrician. There are no known methods of preventing pica. However, once pica is known or suspected, measures can be taken to reduce further ingestion of nonfood substances. The strategy of removing ‘the particular substance’ from readily accessible areas can be helpful. Close observation of the individual with pica may limit inappropriate eating behaviors. Different forms of pica; their etiology; effect on the pregnant women; the maternal complications which can occur due to pica and their treatment has been discussed in this chapter.