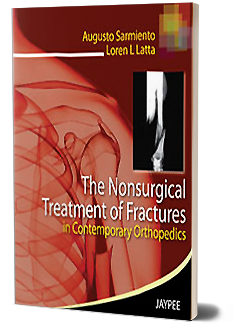 The Nonsurgical Treatment of Fractures in Contemporary Orthopedics

This book covers in detail the basic sciences that support the place and role of the surgical as well as the nonsurgical treatment of long bone fractures. During the past few decades, following the onset of the technical revolution in orthopaedics, a great deal of attention has been paid to surgical methods of care, which without any doubt, have resulted in enormous benefits. Many fractures that in previous years received virtually nothing more than skilful neglect, as in the case of the severely displaced pelvic fracture, are currently managed by surgical means in many with great success. Advances in the understanding of fractures of the hip have also made possible the virtual routine of surgery in the management of these fractures. With the exception of regions of the world where, unfortunately, financially limited resources and poor hospital infrastructure prevented surgery, surgery is now the universal mode of treatment. This approach to care has resulted in major reductions in the cost of medical care and has made possible the recovery of a huge number of people, who otherwise would had been condemned to death within a short period of time following the injury. In various degrees, the same has happened regarding many other fractures, such as open ones in the appendicular skeleton. As it is usually the case, abuses in the management of with people suffering from fractures are committed in major ways, usually as a result of the financial incentives that surgery brings to hospitals, surgeons and particularly to the surgical implant manufacturing companies. The latter group has taken advantage of the success that has accompanied surgical approaches in many situations, to lure the orthopaedic community into extending, without appropriate documentation, their indications. In too many instances the wealthy industrial power uses its resources to engage the services of unscrupulous orthopaedic surgeons in the conduct of serious unethical transgressions. At this moment the Justice Department of the United States is seriously investigating what they consider a “corrupt relationship between Industry and Orthopaedics.” Awareness of this serious flaw in our conduct played a major role in our decision to publish this book, hoping that a better understanding of the place and role of the nonsurgical care of certain fractures plays in the armamentarium of the modern orthopaedics.