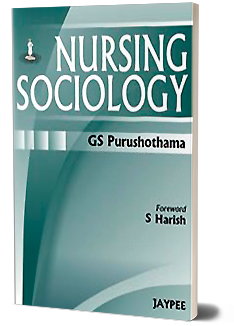 The Nursing Sociology depicts insight to the society in which we are born, educated, occupied, experienced as an individual, social process, social group, family, marriage, system, community, and the environment in which social changes, control are influenced on an individual. Major topics include sociology, man and society, social processes, such as social contact, cooperation, and competition, social groups, such as in-groups, out-groups, and quasi groups, family and marriage and rural community in India. Other topics include urban and regional community, social stratification, social system, such as savagery social system, barbarian social system, and civilized social system race, such as distinctive inherited characteristics, hereditary, physical traits, facial characteristics, and blood group, population, social control, social change and effect of environment on the individual.