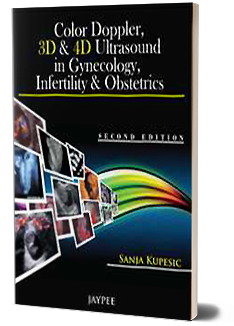 The Color Doppler, 3D and 4D Ultrasound in Gynecology, Infertility and Obstetrics depicts advent of color and power Doppler ultrasound that enables research expansion in the field of human reproduction, obstetrics and gynecologic oncology. Ultrasound has simplified guided techniques such as oocyte collection and breast biopsy, but has also become an important technique in the assessment of the follicular growth and endometrial development, as well as in evaluation of the uterine and ovarian perfusion. In obstetrics, Doppler sonography has allowed unprecedented insight in the pathophysiology of human fetal development. Major topics include physical principles of the Doppler effect and its application in medicine, normal pelvic anatomy assessed by 2D, 3D and color Doppler ultrasound, color Doppler and 3D ultrasound of the uterine lesions, adnexal masses, ovarian cancer screening, ovarian endometriosis, pelvic inflammatory disease, endoscopic surgery in gynecology, ultrasound imaging in infertility, power Doppler hystero-contrast-salpingography, color Doppler in abnormal early pregnancy, ectopic pregnancy, assessment of normal and abnormal fetal anatomy, prenatal diagnostic methods, and gestational trophoblastic disease.