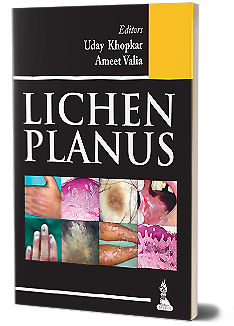 This book Lichen Planus provide comprehensive information on this common but relatively neglected disease. Lichen planus is probably more common in India than it is elsewhere and most large pediatric case series have been reported from here. Cutaneous lichen planus is generally self-limited, but long-standing post-inflammatory hyperpigmentation is common in Indians and may be socially distressing. This and other uncommon variants of lichen planus frequently pose a diagnostic and therapeutic challenge to dermatologists. Oral lichen planus is associated with a very small risk of malignancy, placing a special responsibility on the dermatologist to not only just diagnose it, if needed with a biopsy, but also to monitor it on a long-term basis. And while there is no curative treatment for lichen planus, several non-corticosteroid options have appeared in the last two decades.