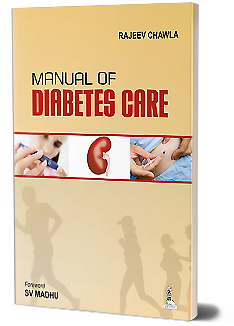 Diabetes is a heterogeneous group of metabolic disorders characterized by elevated blood glucose concentrations that cause defects in insulin secretion. Diabetes develops due to either a diminished production of insulin from the β cells resulting in diabetes type 1 or resistance to the effects of insulin in type 2 or gestational diabetes. Impaired glucose tolerance (IGT) and impaired fasting glucose (IFG) are defined as prediabetes, a stage before development of frank diabetes. In individuals with classic signs and symptoms of diabetes, random plasma glucose higher than 200 mg/dL is sufficient to make the diagnosis. Various classes of oral antidiabetic drugs (OADs) are available now and over last 3 decades a variety of biguanides have been developed, but only metformin survived. Diabetes, once considered a contraindication for pregnancy, is increasingly becoming a common facet in the management of a diabetic woman. Some experts consider all diabetics unsafe for driving because of hypoglycemia and visual impairment due to retinopathy or cataract formation. In order to control the ever-increasing population of diabetic cases, prevention is the most powerful intervention.