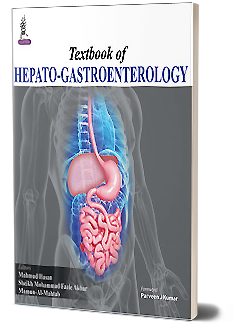 Diseases of the digestive system are common all over the world, more so in the developing countries because of the extra burden of infection with diverse organisms in all parts of the system. Since the early seventies of the last century, advances in technology have enabled physicians to look into the hollow organs, initially via fiberoptic and later by videoendoscopy. This has not only improved the accuracy of diagnosis of diseases but has also enabled clinicians to perform therapeutic procedures previously undertaken at surgery. Advances in modalities of imaging by radiology, ultrasound and magnetic resonance have extended the reach further. This book is intended for the specialists and the general physicians to update their knowledge in this field and also for the trainees to learn the stock of the trade. The book is divided into 46 chapters. The first half of the book deals with the diseases of esophagus, stomach, and small and large intestines. The anatomy, pathophysiology, clinical presentation, and management are all covered in a detailed and fairly consistent fashion. The second half of the book is devoted to liver disease. This starts with a chapter on immunology along with useful chapters on viral hepatitis. There is also a chapter on hepatitis virus control in developing countries. Some of the chapters cover highly specialized areas, such as liver disease in pregnancy.