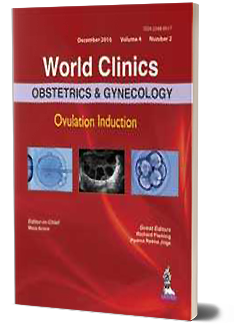 Ovulation induction is defined as a simple process which encourages your ovaries to release eggs, so you maximize your chance of conception through intercourse or artificial insemination (IUI). It basically suits women who are producing low levels of hormones for ovulation, or who are not ovulating at all. The association of ovulation induction with cancer has raised concerns. It was hypothesized that epithelial ovarian cancer was linked to recurrent breach of ovarian epithelium at ovulation. Ovulation induction continues to help a large number of infertile women to achieve their goal of pregnancy. The protocols have been refined over the years to give maximum benefit in each cycle initiated. The book “World Clinics Obstetrics and Gynecology: Ovulation Induction” comprises of total 13 articles. First article provides an introduction on ovarian physiology and clinical manipulation. A stepwise approach to induction of ovulation in women with polycystic ovary syndrome (PCOS) is described in second article. Mechanism of action, various dose regimes in different clinical settings, side effects, and complications associated with oral ovulogens are discussed in third article. Fourth article describes controlled ovarian stimulation (COS) for intrauterine insemination (IUI). Choice of gonadotropin and premature luteinization (PL) are covered in fifth and sixth article. Seventh article explores the various adjuvant therapies to the standard ovulation induction agents to optimize follicular growth as well as minimize the risks of ovarian hyperstimulation and multiple pregnancy. Eighth articles explains ovarian stimulation regimens for in vitro fertilization. Ninth article provides a glimpse on monitoring of ovulation induction. Ovulation trigger regimes are discussed in tenth article. Luteal support and complications of ovulation induction are covered in eleventh and twelfth article. Last article addresses the advances made in the field of fertility preservation and its current limitations.