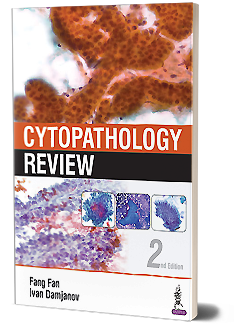 Over the last 40 years, cytopathology has become a major subspecialty of pathology widely used in all medical institutions worldwide. Originally limited to examinations of “Pap-smears” obtained by exfoliative sampling of the cervix and vagina, modern cytopathology has expanded its scope by widespread use of fine-needle aspiration techniques, or during other diagnostic procedures such as entero-retrograde-cholangio-pancreatoscopy, ultrasound or computer tomography-guided biopsies. The second edition of Cytopathology Review appears in print five years after its original version in 2012. In this edition, chapters are re-edited and updated, numbers of questions are increased, answers are expanded, and another 130 microphotographs are added. Special attention was given to questions and answers dealing with management of cytopathology services and regulation and administration of cytopathology. This edition also addressed the recent advances of molecular biology which have made their inroads into cytopathology and have accordingly also touched upon the problems of ancillary testing and the contemporary technology. Important new discoveries are also discussed not only from the point of view of cytopathology as a subspecialty but also an integral part of diagnostic pathology. Questions and answers dealing with current reporting systems and management guidelines governing the practice of cytopathology not only in North America but also in most other parts of the world are also included in this edition.