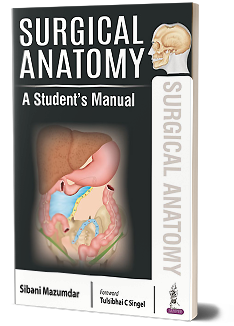 Transitional epithelium, respiratory epithelium, histology of lung, histology of duodenum, microanatomy of appendix, histology of ureter, histology of parotid gland, Kupffer cells, skin, classical hepatic lobule, histology of esophagus, structure of lymph node, suprarenal gland, white pulp, histology of fallopian tube, etc. are some important topics which are covered throughout this chapter. The respiratory system provides oxygen to the body and eliminates carbon dioxide. It consists of two parts; conducting part and respiratory part. Appendix is a worm-like organ 2–9 cm in length, attached to the posteromedial aspect of cecum. It has a very narrow lumen and a thick wall. The ureters are two muscular tubes, each tube transmits urine from renal pelvis to urinary bladder by regular peristaltic movements. Classical hepatic lobule is hexagonal in shape, they form the units of liver. Polyhedral plates of hepatocytes radiate from central vein to periphery of lobule. Multiple sclerosis is the most common disorder of the nervous system affecting young adults. There is progressive damage of myelin sheath. This affects the sensation, movements, body functions and balance. Hassel’s corpuscles are aggregation of flattened epithelial reticular cells, which later undergo degeneration.