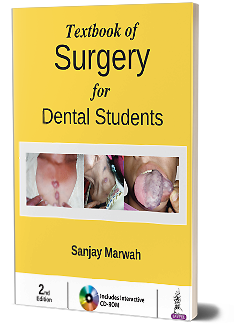 Sinus is a blind tract extending from epithelial surface to surrounding tissues. It has one opening. It is lined by granulation tissue or epithelium. Anatomical, congenital, and acquired sinuses are the types of sinuses. Fistula is an abnormal tract between two epithelial surfaces. It has two openings. The tract is lined by granulation tissue or epithelium. External, internal, congenital, and acquired fistulas, are the types of fistulas. Examination, investigation, and treatment of sinus and fistula are described. Ulcer is a break in the continuity of epithelial surface (skin or mucous membrane) due to microscopic tissue destruction. The dead tissue gets separated from the live tissue and exposes the floor of the ulcer. Clinical features of various ulcers like Marjolin’s ulcer, rodent ulcer, syphilitic ulcer, tubercular ulcer, tropical ulcer, venous ulcer, neurogenic ulcer, traumatic ulcer, and arterial ulcer are given in this chapter.