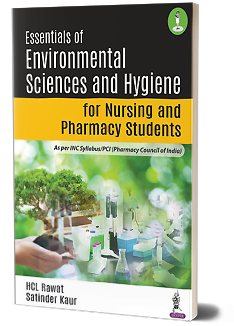 BOOK TITLE: Essentials of Environmental Sciences and Hygiene for Nursing and Pharmacy Students

This chapter deals with the discussion on current environmental issues. Population includes total number of persons inhabiting an area, country or city. There are three types of population i.e. rapidly growing population, stationary population, and declining population. The change in population of any area can be measured through two components, i.e. fertility and mortality. High birth rate and low death rate is considered as major causes for population explosion. Over population, unemployment, poverty, illiteracy, poor health status, economy, and environment hazard are some major effects of population explosion. Urbanization is the evolution of cities, industrialization and commercialization in developed parts of country. As per 2001 census in India urbanization was identified by two ways i.e. statutory towns and census towns. Acid rain and its ill effects, global warming and its effects on environment, and climate changes, its causes and effects on environment are also discussed briefly in this chapter.