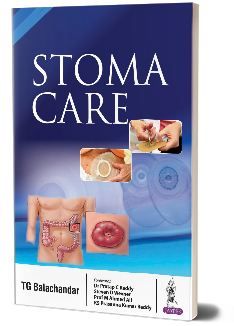 This chapter deals with the discussion on history and evolution of stoma care. The history of stomas has its beginnings in Biblical times, but the first purposeful creation of a stoma occurred slightly more than 200 years ago. One of the earliest accounts of the treatment of traumatic abdominal wounds is found in ancient Hindu writings, Sushruta (600 B.C) advocated the closing of traumatic intestinal wounds with the pincers of black ants, followed by emolument washings and reintroduction of the intestines into the abdominal cavity. Stoma surgery prior to the 19th century, stoma surgery in the 20th century, loop stomas, stoma appliances prior to the 20th century, stoma appliances in the 20th century, historical stoma appliances, development of ostomy care in India, and development of ostomy care in Tamil Nadu are the topics which are covered under this chapter.