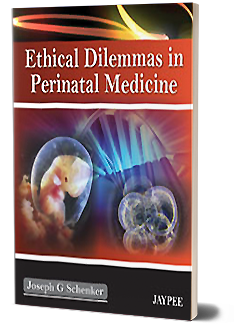 Medical technology, which today makes it possible to bear a child after death, enables planned orphanhood. The first part of this paper will discuss the medical innovations in human conception, the psycho-social aspects of the wish for children from the genes of someone who is no longer alive, and the ensuing orphanhood and its implications. The second part will discuss the ethical issues relating to planned orphanhood: Who are involved in the matter of planned orphanhood? Is the decision to produce a planned orphan a private or public matter? Whose responsibility is the birth and bringing up of the planned orphan? To whom does society have more responsibility—the children who already exist or future children? And can planned orphanhood be regarded as a justification for wrongful conception? The last part of the paper will examine the judicial aspects of planned orphanhood in Israel and elsewhere and discuss the application of the principles of human dignity, human welfare, and justice. The paper argues for discouraging planned orphanhood so as to avoid violating the principles of human dignity and liberty, human welfare, and human justice, from the perspectives of both those who are involved in the process in general and the orphan who is the target of the medical intervention in particular. Its aim is to encourage deep and comprehensive public discussion of this issue in all its aspects.