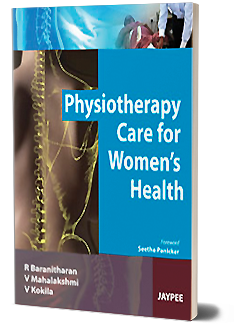 Physiotherapy had been considered important in the field of Obstetrics and Gynecology for the past three decades. Initially, it was concentrated on perinatal and postnatal stages. There are many other problems faced by the women community in all age groups. This book attempted to bring the major problems affecting women’s health from menarche to menopause and their physiotherapy treatment under one roof. It is emphasized that not only exercises play a major role, but exercises along with various physical therapy modalities can also help in overcoming women’s problems. It has highlighted both the obstetric and gynecological problems and has given a special emphasis on the athletic women. It is also provide a few questionnaires which could be useful for the readers.