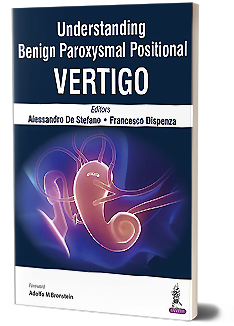 This chapter discusses on benign paroxysmal positional vertigo (BPPV) and migraine-associated vertigo. BPPV is a disorder of the inner ear related to calcium carbonate material that becomes dislodged from otoconia of the macula of the utricle, which moves within the lumen of one of the semicircular canals during certain head movements by the effect of gravity. Migraine is a common condition associated with episodic moderate to severe headaches often associated with nausea and sensitivity to light, sound and odors. The cause of migraine is not well understood. There is evidence in the case of migraine headache that brainstem nuclei become hypersensitized to ordinary sensory stimulation. The expected co-occurrence of both BPPV and vestibular migraine is about 1%. However, the population prevalence of both conditions is 3.2%, which is three times greater than anticipated. One possible explanation for the association between migraine and BPPV is that vertigo itself may be a trigger for a migraine event, particularly, headaches. BPPV is effectively treated with canalith repositioning maneuvers whereas vestibular migraine-related positional vertigo does not. Vestibular migraine, when severe enough to warrant it, requires migraine preventative drugs.