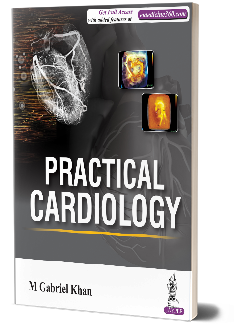 Hypertrophic cardiomyopathy is mainly a disease of young adults. “Although sudden death in young competitive athletes may be due to a variety of cardiovascular diseases, the most common single disease entity in North America is hypertrophic cardiomyopathy, which occurs in up to one-third of all sudden deaths during athletics. Pediatric cardiomyopathies have both genetic and nongenetic causes. This chapter covers the apical hypertrophic cardiomyopathy, dilated cardiomyopathy, cardiac resynchronization therapy, restrictive cardiomyopathy, endomyocardial fibrosis, peripartum cardiomyopathy, arrhythmogenic right ventricular dysplasia, amyloid, and chagas disease. Hypertrophy of the apex of the heart is seen more frequently in the Asian population than in the non-Asian population, and is more common in Japan. The ECG shows a highly abnormal pattern of giant negative T waves in the chest leads. Cardiac resynchronization therapy (CRT) improves mechanical synchrony, which in turn increases LV filling time, decreases mitral regurgitation, and reduces septal dyskinesis, which is frequently reported in adults.