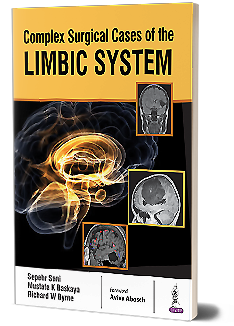 The past decade has witnessed an unprecedented interest in limbic system diseases and their treatments, as functional imaging and neuromodulation of limbic circuitry have gained sway diagnostically and therapeutically, and improvements in operative technique have made approaches to this region increasingly more feasible. The essential functions of the connections necessitate maintaining functions of the limbic and paralimbic structures, an important goal of surgery in this region. These critically important neuropsychological functional connections are often compromised by the pathology of the mesial temporal lobe, thus making surgery in this region safe, as the deficit created by the pathology is typically not worsened by surgery. The goal in producing this textbook “Complex Surgical Cases of the Limbic System” is to pass on to practitioners—neurosurgeons, neurologists, neuroradiologists and neuroscientists—a comprehensive text to act as a compass when confronting limbic and paralimbic pathology. Because limbic pathology is not on the surface, the textbook describes the complex regional anatomy in a practical way for surgeons who must rely on local landmarks more than image guidance. The essential anatomical fiducials available in the limbic lobe are described in great detail, as they are the key to safe surgery in this region. In addition, because the limbic lobe is not visible on the surface of the brain, the issue of choosing the safest surgical approach is paramount. Much attention to surgical approach is included in this text. Finally, the diversity of pathology that is found in this region is addressed. From mesial temporal sclerosis, to glioma, to vascular lesions, all common pathologies are covered.