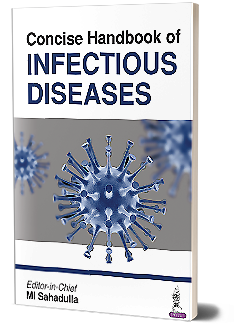 Acute infections begin with an incubation period (IP) during which the virus genomes replicate and the host’s innate responses are initiated. The cytokines produced early in infection lead to classical symptoms of an acute infection: aches, pains, fever and malaise. Some viruses have short IF, as short as 1 day (influenza, rhinovirus), indicating that the symptoms are produced by local viral multiplication near the site of entry. There is little hope of treating most acute viral infections with antiviral drugs until rapid diagnostic tests become available. There are no antivirals for most common acute viral diseases. Acute viral infections are responsible for epidemics of disease involving millions of individuals each year such as influenza and measles. This chapter aims to cover a broad discussion on measles and rubella, influenza viruses, coronaviruses, respiratory syncytial virus, hepatotrophic viruses, cytomegalovirus epidemiology and transmission, herpes simplex viruses, varicella-zoster virus, Ebola, human immunodeficiency virus, etc.