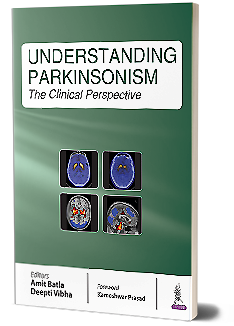 Multiple system atrophy (MSA) is characterized by autonomic involvement but can often be confused with Parkinson\'s disease because of similar presentation. Patients with MSA do not have the classic pill-rolling tremor and instead may have cerebellar and corticospinal (pyramidal) features which are not expected in Parkinson\'s disease. Patients with MSA may have disproportionate antecollis, camptocormia, and lateral deviation of the trunk (“Pisa syndrome”). Other red flags helping the diagnosis of MSA include early instability, rapid progression, abnormal postures, bulbar dysfunction, respiratory dysfunction including stridor and inspiratory sigh, and emotional incontinence. Magnetic resonance imaging is not diagnostic of MSA but can support a clinical diagnosis if characteristic features are present.