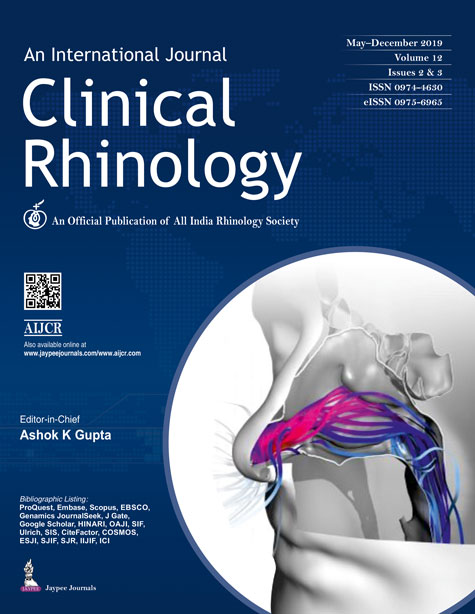 Introduction: Angiomatous antrochoanal nasal polyp (AAP) is a rare and distinct variant of a sinonasal polyp, which mimics as a sinonasal malignancy or juvenile nasopharyngeal angiofibroma or a simple antrochoanal polyp owing its property of eroding the bone and causing epistaxis. It is constituting 4–5% of all nasal polyps   Typically, there is extensive vascular proliferation and ectasia with deposition of pseudoamyloid and presence of atypical stromal cells. The extensive reparative and reactive changes are the results of this pseudoneoplastic entity of these polyps. The lesion can often present late, therefore causing both diagnostic and management difficulties. AAP has tendency bleeding and eroding bone. Such rare cases are presented here with a review of the literature about its features and management. Case report: We describe two cases of angiomatous antrochoanal polyp (AAP) which is a rare variant of sinochoanal polyp. Cases presented with complain of recurrent unilateral epistaxis and nasal obstruction. CT findings revealed erosion of bony walls. The mass in the nasal cavity was reddish pink in color. Endoscopic sinus surgery was performed and a final diagnosis of the angiomatous antrochoanal polyp was made based on the histopathology report. Management: Complete resection was performed through an endoscopic medial maxillectomy approach while open lateral rhinotomy approach was kept a reserve in case the tumor is not dealt completely via an endoscopic approach. A preoperartive biopsy was taken which was reported as an inflammatory polyp but the surgical specimen was reported as an AAP. Discussion and conclusion: Very few studies are available on this topic and hence we find little material in the textbook. Being a rare pathological entity, ANP can cause a significant diagnostic dilemma. Clinical, radiological and pathological data are usually complimentary and together provide a definitive diagnosis. The awareness of the existence of such tumors should always be there. Differential diagnosis includes antrochoanal polyp, juvenile angiofibroma, malignancy, papilloma, and hemangioma.