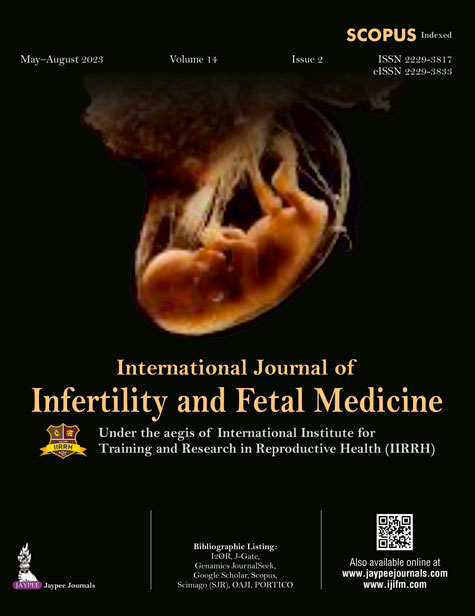 Aim: To compare rates of follicular rupture after human chorionic gonadotropin (hCG) trigger with after spontaneous leutinizing hormone (LH) surge in women undergoing controlled ovarian stimulation (COS) and intrauterine insemination (IUI). To observe any findings suggestive of premature LH surge in hCG triggered cycles and compare the pregnancy rates in the two groups. Materials and methods: A total of thirty-three women with unexplained infertility were enrolled. Women were subjected to COS with injection follicle stimulating hormone (FSH) 75IU I/M for 5 days. A total of 100 cycles were studied. The cycles were divided in to two groups. In group I, ultrasound monitoring was done from day 8 till follicle size of 18 mm followed by trigger with injection hCG 5,000 IU followed by IUI after 36–48 hours of injection hCG. Group II cycles were followed with ultrasound till follicle size 14 mm and urinary LH surge test was done till it turned positive. Ultrasound was done after 24 hours of positive test and then IUI. The two groups were compared about the proportion of cycles with documented rupture of follicle. The pregnancy rates and presence of features suggestive of premature luteinization in hCG triggered cycles were studied. Results: The mean time of follicular rupture was 43 ± 8.32 hours in group I from hCG trigger and 27.77 ± 8.69 hours in group II from positive LH surge. The difference between number of cycles with documented follicular rupture and mean day of IUI was not significant in the two groups (95.35% vs 85.58%). The pregnancy rate was higher in group II than group I (11.6% vs 7.3%) but the difference was not significant statistically. Conclusion: Adequately powered studies are required to support the preference of endogenous LH surge to exogenous LH surge (hCG trigger) for timing of IUI. Clinical significance: To compare exogenous LH surge (hCG trigger) with endogenous LH surge to for timing of IUI in unexplained infertility.