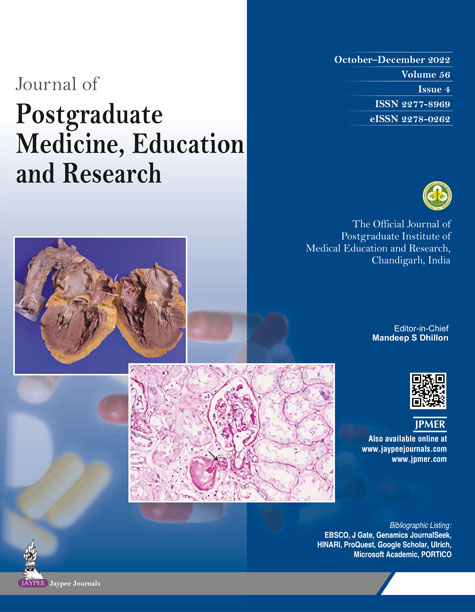 Background: Vasospasm remains the most important predictor of outcome after aneurysmal subarachnoid hemorrhage (aSAH), especially in those who have undergone aneurysm occlusion. Vasospasm elicits an inflammatory response. The exact temporal course of levels of inflammatory markers vis-à-vis vasospasm remains a matter of debate, thus limiting its utility to be used as a predictive tool. Materials and methods: A total of 103 patients of aSAH, who underwent clipping/coiling were prospectively studied. Sequential values of total leukocyte count (TLC), platelet count, and C-reactive protein (CRP) were studied over a period of 2 weeks from the date of ictus. The temporal course of clinical vasospasm and inflammatory markers was then evaluated. Results: The mean age of the study group was 49.5 years. Thirty-three (32%) patients developed vasospasm. The mean day of onset of vasospasm was day 6. Age, gender, and site of aneurysm showed no significant bearing on the occurrence of vasospasm. Inflammatory markers-TLC, platelet count, and CRP levels were initially raised in both vasospasm and non-vasospasm groups. However, after day 10 the values became normal in the non-vasospasm group, but these remained persistently high in the vasospasm group. Conclusion: Persistent leukocytosis, thrombocytosis, and raised CRP beyond 7 days were found in vasospasm group. This period was beyond the mean period of onset of vasospasm. Raised CRP on day 3 seems to have a predictive value for the vasospasm.